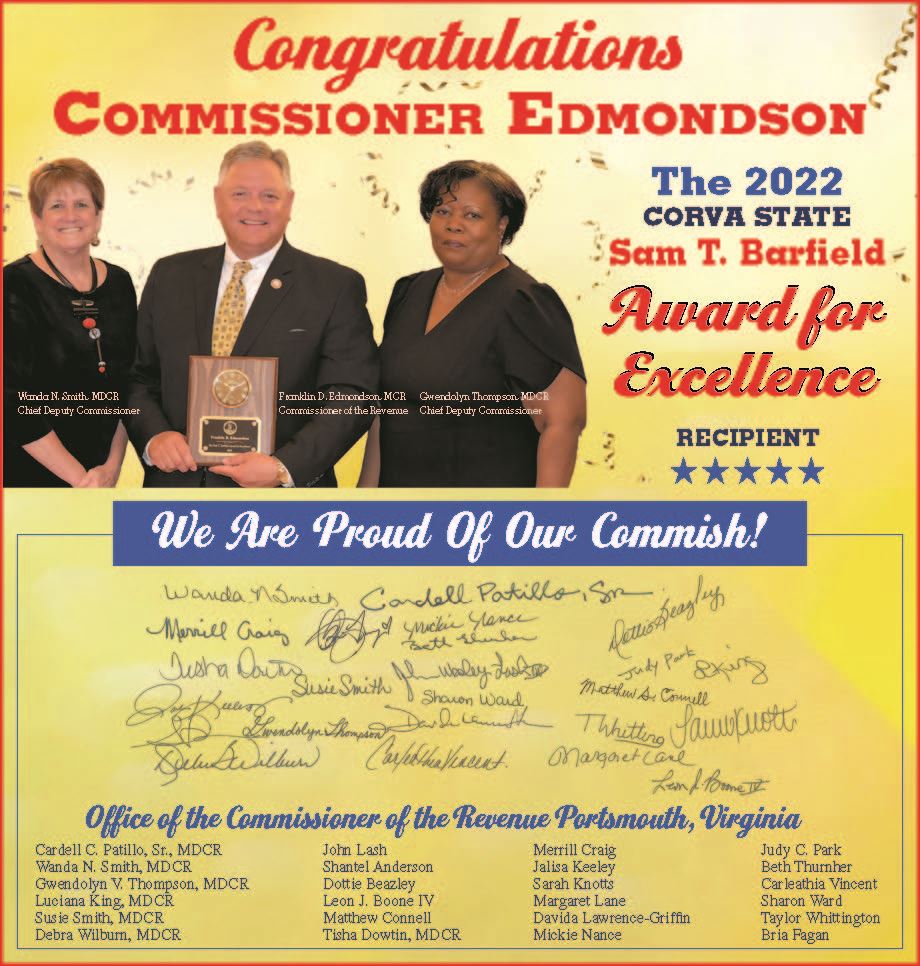 To receive the Sam T. Barfield Award, a Commissioner must have demonstrated an achievement or excellence during the current year that could enhance the operations of other Commissioners’ offices; have unselfishly given their time by working on behalf of the Association; and have contributed to the professionalism of the Association over a long period of time. The award is named after Sam T. Barfield, who was the Norfolk Commissioner of the Revenue for 28 years. Barfield also served in the Marines in WWII and was at Iwo Jima.

The Portsmouth Commissioner of the Revenue, Franklin D. Edmondson, MCR, was first elected to office in 2005 and began service in January 2006. Commissioner Edmondson attended Churchland High School, Tidewater Community College and graduated from George Mason University. He brings considerable experience in banking and finance to the position. 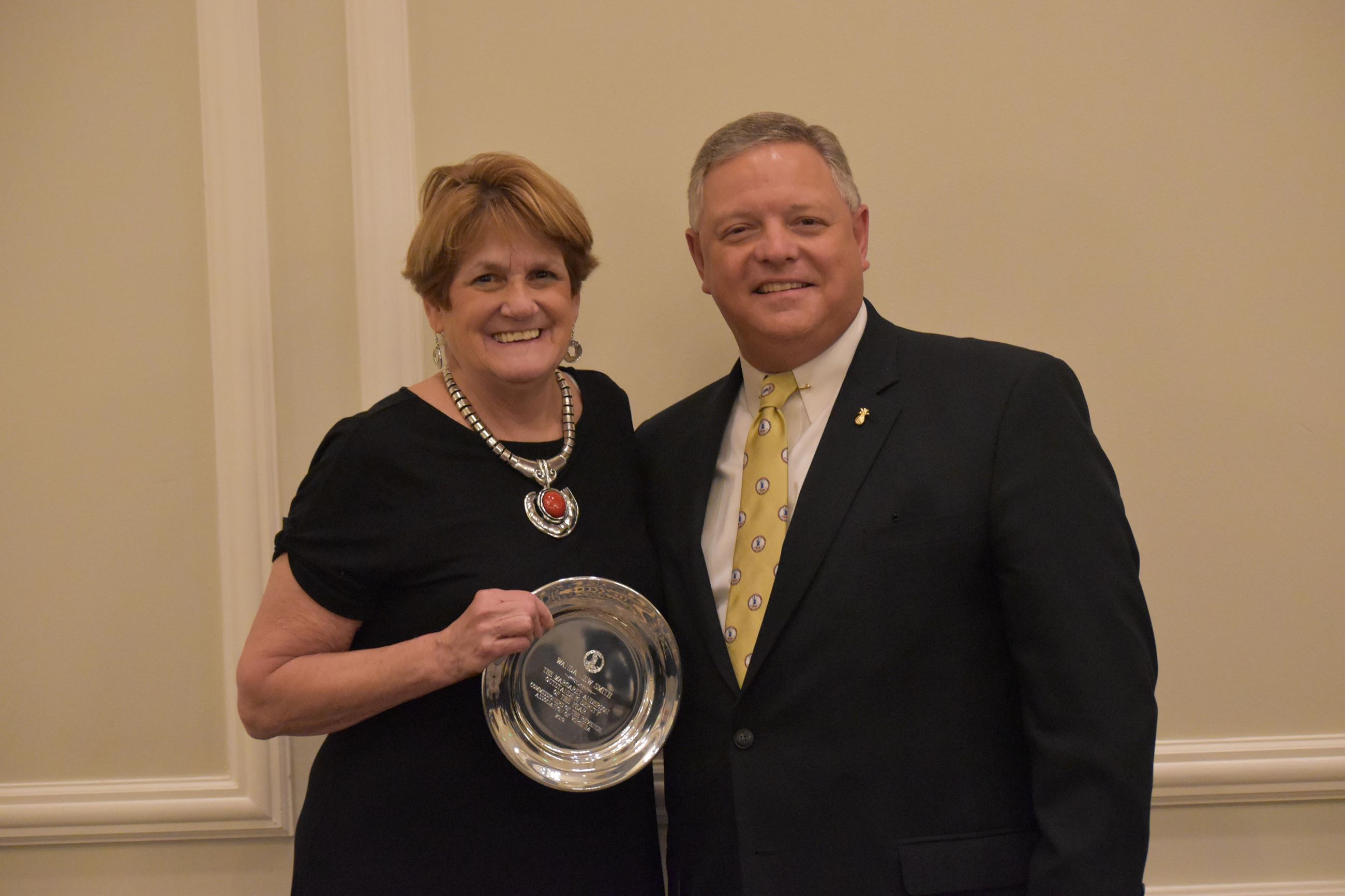 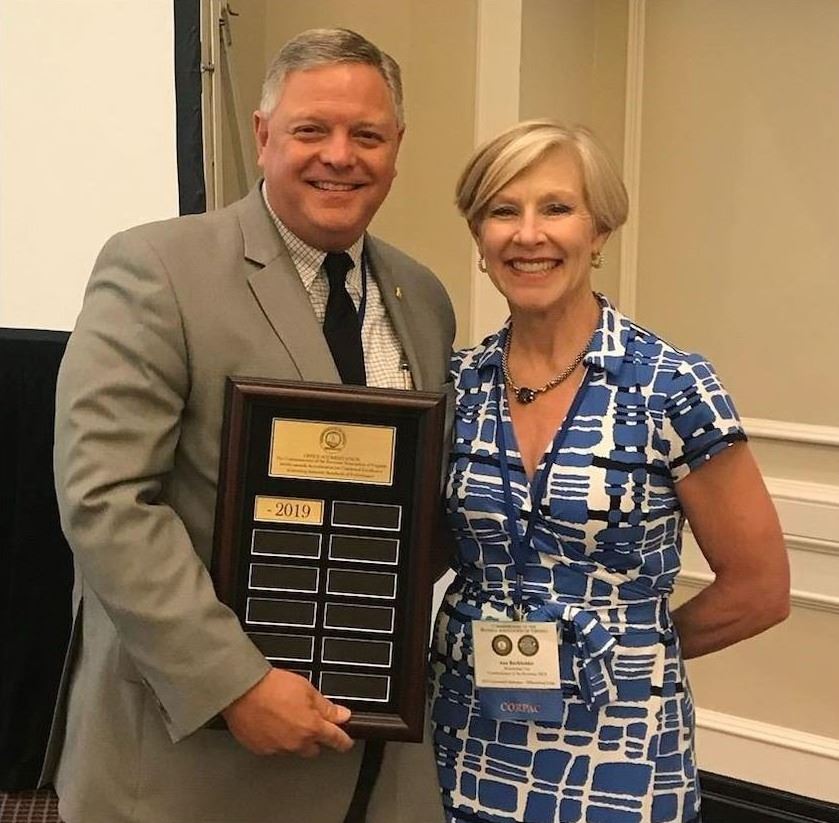