Chapter 40.2 of the Portsmouth City Code is the Zoning Ordinance. It is a set of regulations devoted to Land Use that defines:

At the request of City Council, the City’s Zoning Ordinance was updated and subsequently adopted on December 8, 2020. The comprehensively rewritten Zoning Ordinance was designed to improve clarity and ease of use, streamline development regulations, ease nonconforming situations, protect existing neighborhood character, ensure compatibility with the Code of Virginia, and increase consistency with the City’s Build One Portsmouth Comprehensive Plan.

Linked below is the newly adopted Portsmouth Zoning Ordinance. The new ordinance became effective on February 1, 2021.

The Zoning Ordinance can also be accessed online via Municode.

View presentations about the Zoning Ordinance update on the City's YouTube Channel. 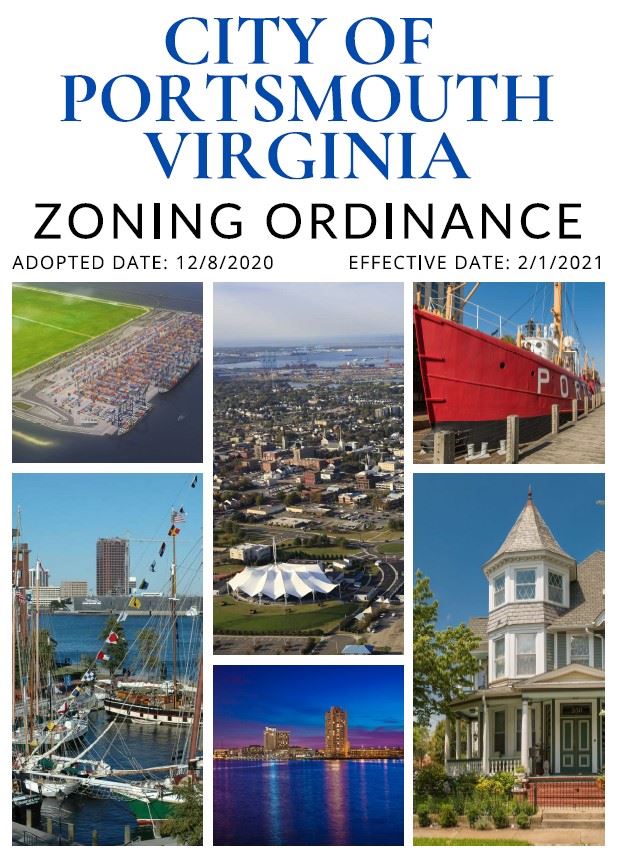 Click the link below to download a basic training presentation on the basis of Planning and Zoning.

Special Exceptions are required for several types of uses and circumstances including uses that are not permitted by right that have heightened impacts but not to the extent of requiring a Use Permit; exceptions to specified Community Development standards; exceptions to allowing nonconforming uses, structures, and/or lots;

The Board of Zoning Appeals may impose conditions regarding the location, character, duration, and other features of the Special Exception to ensure compliance with the general intent and purposes of the Zoning Ordinance and prevent or minimize adverse effects from the request. Conditions must bear a reasonable relationship to the legitimate land use concerns generated by the request