The Coast Guard selected Portsmouth due to the city's nearly 200 years of support. The honorary distinction is indicative of the productive, ongoing relationship between the Portsmouth community and local Coast Guard units, including the 5th District, Atlantic Area, Base Portsmouth and Sector Hampton Roads. 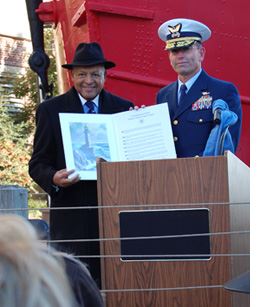 
The "Coast Guard City, USA" program was established November 13, 1998, after Section 409 of Public Law 105-383 was enacted to formally allow the city of Grand Haven, Mich., to become the first Coast Guard City. Since then, only seven other select cities have been awarded the designation before Portsmouth's selection.